﻿Enjoy a Winter Wonderland in Greece 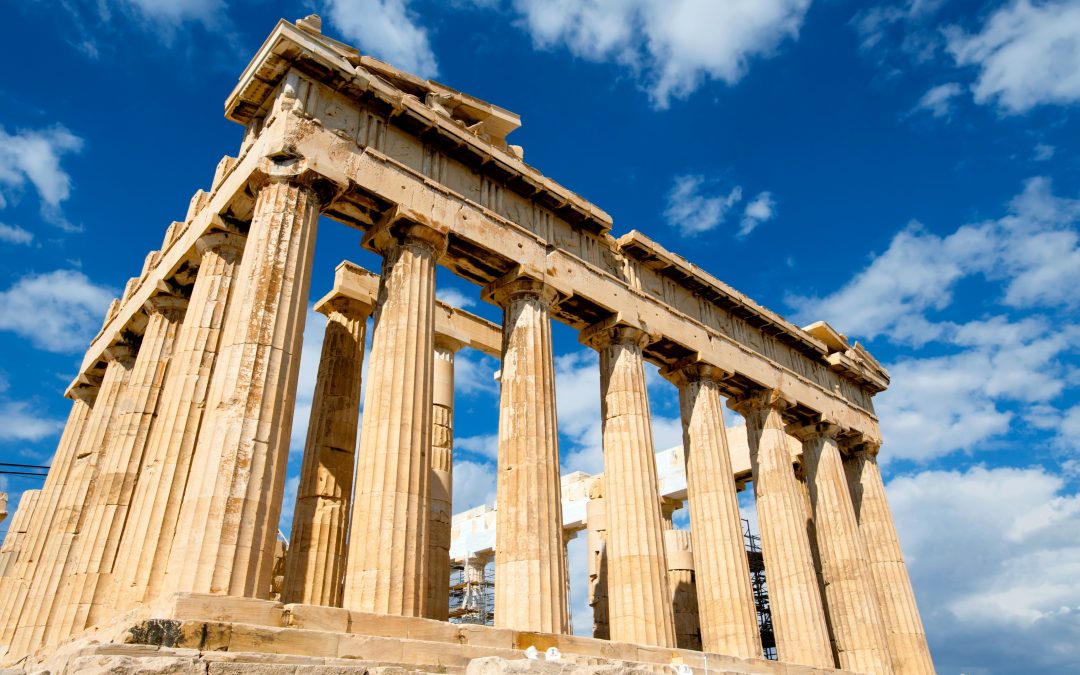 When someone asks you to try and picture Greece, you would most likely describe the country by its white sand-filled beaches, sparkling blue ocean, and long lines of tourists in ferry stations. This is true, for the most part. While the Mediterranean archipelagic country is known for the summers, Greece also has more to offer if you choose to visit it during winter. Better start packing your scarf along with some history books, as you set out to explore another side the country features. There’s a lot of reasons why a winter excursion to Greece is a great idea, and here are some of them:

Visiting Athens during the summer can be an unforgettable experience, with the striking heat of the sun making your stroll around the Acropolis seem like an extreme sport rather than a relaxing walk. During winter, however, considerably less tourist population and the pleasant Greek weather peaking at 12 degrees Celsius will allow you to enjoy the climb without risking a sunstroke.

With the Acropolis dominating the city, it is visible from just about anywhere. It’s only right to make dropping by this testament of the city’s colorful past your priority. Some of the known features to visit here are the temple of the Athena Nike and Parthenon, which might pique your archaeological interest. Another site to visit is the house of the top-tier collection sculptures and ancient Greek artistry, the National Archeological Museum.

If you’re done learning about Ancient Greece, you can still explore some of the contemporary attractions in Athens. Try sitting with the locals and learn more about Greece that your history books can’t dream of teaching. Their café culture features Greeks sitting in café tables and being deep in discussion for hours on end. The city also comes alive at night, with the streets being lined with bouzoukia clubs which are venues which features live singing by some of the country’s best musicians.

On the other hand, the Peloponnese Peninsula is the right place, should you dig the slice of Greek rural scene without the hassle of waiting for the ferry schedules. Here you can find small fishing villages, Kalamata olive groves, as well as traditional tavernas. Their local cuisine is filled with locally produced ingredients like aubergines (best if filled with meat then oven-baked), sea bream (which are flavored with rosemary and grilled at the right temperature), and artichokes (usually eaten in omelets with manouri cheese and pork). All of these are cooked using high-grade olive oil.

Familiarize yourself with Nafplio, a chic village with a pretty waterfront, as well as the Venetian fortress which overlooks all of it. If you can’t get enough of the ancient Greek ruins, you can pay the locus of Ancient Corinth a visit. You can also take a look at the amphitheater at Epidaurus and the Tomb of Agamemnon, which features a beehive-like structure.

Greece’s most massive island, Crete, also isn’t short of mesmerizing attractions, from its gorgeous beaches, breathtaking archaeological sites, up to the locals, especially energetic teenagers in the summer.  As the tourists pack their bags to go home with the weather starting to wind down, a new place on the island is revealed. By visiting Greece in the winter, you give yourself an opportunity to actively roam the island without the heat threatening to ruin your vacation. There are stretches of trails made for hiking here and there where you might even come across fruiting trees filled with oranges or adorned with almond blossoms. In the center of the island, you will find the White Mountains which will be decorated with piles of snow, making way for a picturesque view perfect for your picture-perfect postcards. In the northern coast of Crete is a town called Chania which is ideal for mountain hikes, with inns run by locals dotting the way.

Visiting Crete’s Heraklion, where there is evidence of the islet’s past as one of the former Venetian outposts, is also a way to start or end your trip. Venetian attractions like the winged lions found at the waterfront fortress of Koules and the Lion-square, a place in which Venetian nobles used to gather for decision-making, are some of Heraklion’s most excellent features.

Found on the outskirts of Heraklion is the city of Knossos, recognized by most people as the oldest European city. The proof of human activities on Knossos even dates back to the Neolithic times (7000 BC). Although it sure is interesting, the historical value of the place is difficult to overstate. Did we forget to mention that in the myth, King Minos and his Minotaur used to reside in Knossos?

If you prefer a more peaceful surrounding, you might want to visit Hydra. By sitting inside a waterfront café, all you will be able to hear are minute sounds like clinks made by the cutlery, slightly loud conversations, and the sounds softly made by the boats in the harbor. You will not be able to hear motorbikes or cars, because of the lack of motorized vehicles in the place. If you are trying to get away from all the pressure brought about by commuting and work in the city, Hydra is the best option for you. Boats settle at the main port, from there on, you get to roam around the island either by walking or riding donkeys or water taxi. Don’t forget to leave your luggage at your guesthouse or hotel first before strolling around the place.

Boasting a good number of ski resorts all over the country, a Greek winter trip is definitely one for the books. The biggest one in Mount Parnassos, near the vicinity of Delphi, has 23 various trails, with different degrees of difficulty. Although it is considerably smaller than the ski resorts found in the Alps, Parnassos is still proud of its cross-country trails network, and its food options and rental shops for skiing gears – prerequisites you will want for a day-long mountain trip. You can arrive here in a day from Athens, or you can choose to stay in Arachova, a nearby town with an inviting nightlife.