Traveling Beyond Closed Doors for Backpackers 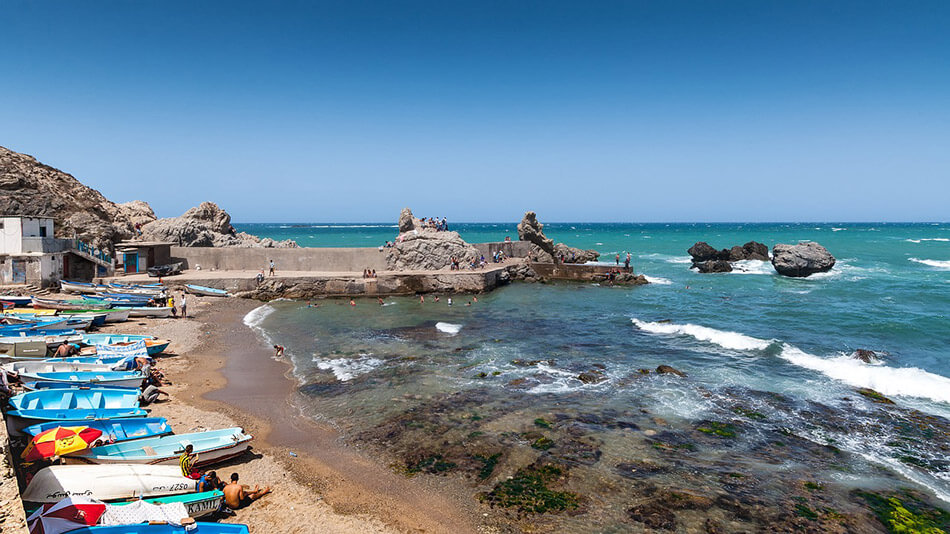 While most countries provide tourist destinations and encourage travelers to visit them, other countries have strict protocols before letting tourist get in them. Countries including North Korea and Libya do not easily allow foreigners inside their countries to protect its sovereignty as opposed to countries including South Korea or Turkey. Tourist can gain access to explore North Korea under their tight supervision with an organized tour, and only airports in China have planes that are tourist bound for North Korea. Traveling to Libya can make you feel like a journalist who is going to cover a story about political disarray and walking around requires you to have an official guide or escort.

Not all heroes wear capes, and not all backpackers know fear. Out of curiosity and the thrill of the unknown, these travelers tend to gamble everything to discover what restricted lands are keeping secret from the rest of the world. These thrill seekers chase chaotic experiences in regions of ongoing warfare or scatter throughout the continent in search of an untouched paradise. It isn’t the sort of place where tourists can get travel packages and sleep in hotels with spas and room service. Countries like Saudi Arabia do not even have a tourist visa for outsiders a tourist visa for outsiders unless you intend to work as an overseas worker.

Despite religious or political persecutions and civil unrest occurring in some countries, some of which are opening their doors to foreigners and tourists. Countries including China and Myanmar do not like to introduce outside influences and Western ideas from potentially ruining its citizens, but outsiders are being tolerated to a minimum since the money that tourism gathers is profitable. Other closed countries are learning about tourism and are slowly making headlines for travel seekers.

Getting into Albania requires visitors to book an organized tour that is expensive. The country then strictly prohibits independent travelers from entering its land. Boats that passed had sailors who were potentially considered as suspects who are spying Albania. Communism in the nation has slowly faded and it is now open to foreigners. Acquiring a visa is not necessary, hostels and cheap accommodations are now abundant, and even has its version of McDonalds and KFC.

The country offers a taste of Ottoman legacies like mansions and Greek ruins, to uninhabited or empty Mediterranean coastlines. The Albanian capital city of Tirana has renovated its roads as well, but some concrete bunkers remain undemolished.

Visiting Algeria required the same restrictions that other closed countries had – a costly organized tour. Therein Algeria, traveling alone or without an official tour guide was strictly prohibited due to the civil war that lasted for ten years in the country. Now, the state has lightened up on their traveling restrictions on tourists, but the process of entering Algeria can still be an ordeal. To qualify for a tourist visa, you should provide substantial proof of your stay including your hotel bookings and itinerary. Since the access from Morocco to Algeria remains closed, a cheaper way into the country is by going through Tunisia.

There are many places to explore in Algeria. There are ancient Roman ruins, Mediterranean beaches, sandy envelopes of the Saharan desert, and colonial architecture. The war has cost unemployment, and one way for the country to earn capital for developing businesses and opening more job vacancies could be by making their land more convenient to access for tourists and to promote tourism.

If you are currently on your way out of Albania, then you should consider visiting Macedonia. There, you will find the popular tourist destination Lake Ohrid. Macedonia can also be your access to the rest of Eastern Europe by land. The country is known for its medieval walled cities, big lakes and architectural designs patterned on churches and monasteries.

Oman isn’t the most popular tourist destination but has a lot of potential. The country is better known as a place for people to stopover during a journey between Europe and Asia. A tourist visa is cheap just by the border of Oman. You can visit the Omani capital of Muscat and visit sites such as castles, mosques, and bazaars. There are no known hostels for backpackers, but a growing number of visitors can surely start the business going. The scenery in Oman is nothing out of the ordinary – rocky mountains and desert.

There aren’t any cheap direct flights to Ukraine, but budget-friendly options are available for tourists – traveling to the Ukranian border with a train ride from Poland. Lviv is considered the country’s most famous city and the third largest Ukranian city. Going to the state may feel like leaping back in time during the Soviet Union. The town remains decorated with old infrastructures and buildings, as well as festivities including circuses and puppet shows that are beloved nationally. Old women still wear old clothes and remain loyal to classical fashion trends during their times, but younger Ukrainians follow updated fashion trends. You can easily book for a hostel online, but language barriers are still improving.

The shape of history could soon change once most of these countries have completely opened their doors to people from all walks of life. Exclusive countries including those mentioned earlier have the highest potential of attracting tourists and sharing its piece of history to the world. The only expanse that could follow subsequently to these countries on our planet is the depths of the ocean. In the near future, backpacking may simply be taken to another level – deep space traveling throughout our solar system and beyond.