Norway: Journey into the Wild 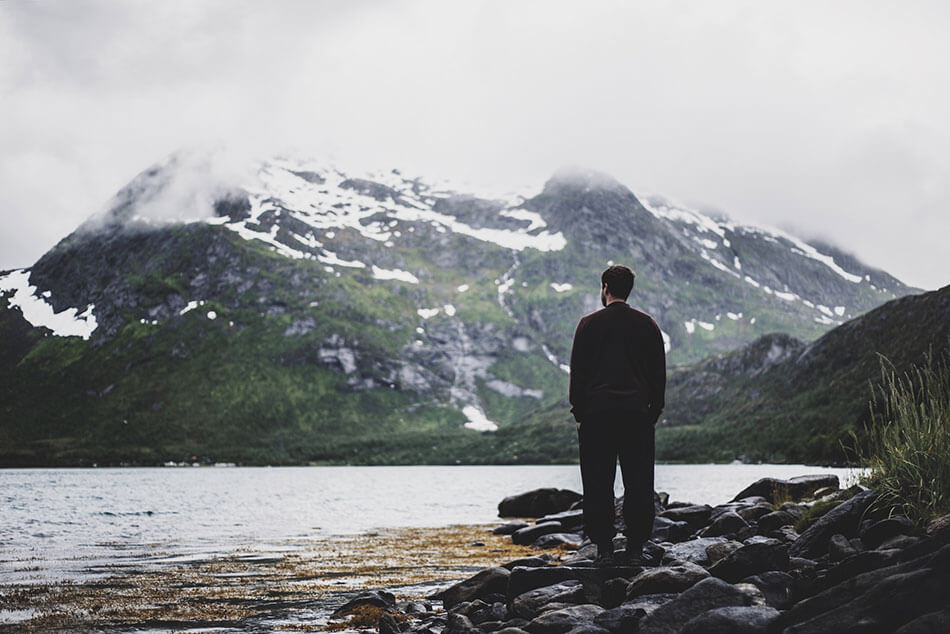 A place blessed with natural beauty, that is barely touched by civilization. A place where you can see amazing fjords and glaciers. Welcome to Norway, the last paradise on Earth.

Among the best ways to explore Norway’s dramatic landscape is through rail journeys starting from Oslo, going to the momentous harbor of Bergen. Sail along the unspoiled Solund’s islands and be mesmerized with the beautiful Hardangerfjord and Aurlandsfjord.

Train Journey from Oslo to Bergen

The train ride will begin at Oslo Central Station going west. Along the journey, the tour will show you the city’s simple apartment and office buildings. Then slowly, the scenery will turn into green farmlands with red and yellow clapboard farmhouses.

The railway from Oslo to Bergen is the most scenic tour in the world. It covers 308 miles of breathtaking landscapes. Tourists can hardly keep themselves from looking out of the windows or take some photos.

Once the train gets to above 1,000 meters into a mystical landscape of huge rocks and snowdrifts, it will be a lot colder. Enjoy the picturesque mountain country via stone tunnels and high passes. The railway is deemed to be an engineering wonder. Until now, it is still a remarkable honor to its creators since it opened in 1909.

The train stops at Finse station. The small town is a sequence of railways in the valley of Hardangervidda mountains. On the other side is the glacier of Hardangerjøkulen that looks like white cream flowing across the rock expanse.

Finse is Europe’s highest mainline station at 1,222 meters. It was made initially as an encampment for rallars (workers). Thousand of these rallar worked straight through the mountains, burrowing just by using explosives and hand tools. They manually cleaned the land and set tracks, usually working on harsh conditions. Their work was so dirty as they were often plagued with lice, and the only way to get rid of it is to apply black powder on the skin.

The harsh working condition took 63 rallars’ lives within the 34 years of the construction of the railway. Nicolay Lange-Nielsen, a director and actor from Oslo, said that these flint-faced rallars are national heroes and need to be honored. He says, “Great explorers like Amundsen reached the Poles and all the stories are told about these feats,’ he says, ‘but these rallars were in similarly extreme conditions – and they weren’t just planting a flag. It’s maddening that this is an untold story.”

Lange-Neilsen wants people to know about the sacrifices of these rallars by staging an opera about them through arias in the Norwegian language. He stirs about the “theater” which is a dark, cold shed around the Finse station where the Rallarmuseet (Worker’s Museum) is located. He said that it is an impossible task. “But we can’t give up. This is Norway’s Great Wall of China – people should know how it came into being,” he added.

From Finse station, the train will go down into the bowls of western Norway, where thick trees cover the fertile farmland and running river that glare as the train rushes by. The railway follows the arch of the gleaming Osterfjord, reflecting the sky and the clouds. At a distance, a group of houses will slowly build up until the train reach the center of Bergen. It will stop under a huge cylindrical roof made of glass in the train station.

Today, the tourists who will visit Bryggen, Bergen will see craft shops, art galleries, and restaurants that replaced the city’s old trading pier. The city is home to wooden buildings where there are drums of dried codfish. Now, in the area are groups of people gather around tables of outdoor bars beer, while others stroll the shadowy backstreets between buildings, or walking on the noisy floor made of wooden slabs arranged like a deck of a boat.

The pier at Bryggen was once an important center of business for the Hanseatic Leauge, a well-known German merchant company, from some 400 years until the mid-18th century. They are trading lamp oil and fish all over Europe. Today, the pier has turned into a World Heritage spot composed of 61 buildings. These beautiful collections of aged wood extend along the north of Bergen dockyard, which looks like a different world from the bright, new office buildings beyond the water.

Torleif Skage, a teacher, guide and youth worker said, “It has always been that way, the separation between this pier and the rest of the town.” Skage has a vast knowledge about the city.

During the Hanseatic League’s time, Bryggen has its laws and customs. Skage said that the area was an almost an exclusive settlement for men, and none of the Germans were permitted to talk to any Bergen women, and there would be punishment for those who will not obey.

Skage also said that the buildings along the pier had been the entry to Bergen in the past 600 years that made it essential to the city’s identity.

Another way to enjoy the beauty of Norway is through island hopping. This journey will begin on the island of Sula at the mouth of Sognefjord, north of Bergen. Take a ride on a boat that double as the mail delivery service. It has been a lifeline to Solund’s tiny communities that are spread among 1,700 islands.

Sailing from the beautiful harbor at Hardbakke, the course is arranged through the small channels and near pointed headlands. Then, the landscape will transform from one island to another. The island changes from a rough and dramatic one to an island cut by ocean breeze to an isle with gentle hills that has vibrant red houses.

Little Færøy is among the islands on tour. It has a single resident named Roar Moe. Moe has resided alone on the island for a decade, working on restoring old boats and runs wilderness skills lessons for schools.

Moe says, “It’s so important, especially in these modern times, for people to experience nature – to really feel it.” He also noted that the area where his island is located boasts original landscapes that have been there for thousands of years, unlike most areas along the coast that are filled with heavy industries.

The Aurlandsfjord is so beautiful that the architect, Todd Saunders said that it is impossible to enhance it, so they’ve added something to else experience. Sauders is the architect who made the flat wooden walkway of the Stegastein viewpoint that extends through the high mountainside.

The Aurlandsfjord’s wide river is located below the south branch of the magnificent Sognefjord, with sharp snowy mountain walls surging and arching into the horizon. The view required millions of years to achieve as a sharp claw of glacial ice broke through the landscapes, leaving a gap of a lofty rock, half-filled with a stretch of seawater. If the river is calm, the wake of the boat’s fans from hundreds of meters behind looks like a dress train of the bright blue.

The wooden walkway sticks out 30 meters from the wall of the mountain then it plunges in a grand curve, leaving the tourists hanging on a 650-meter drop, fixed with a slab of glass, preventing the tourists from tumbling. Only a few visitors dare to get to the skirt only to rush back or grab the glass slab for security, screaming.

In 2006, Todd created the viewpoint along with Tommie Wilhelmsen. It is one of the architectural projects constructed in panoramic areas all over Norway, from rocky Trollstigen highlands to the bare Lofoten islands. Todd says, “When you’re driving around this amazing landscape, you can become numb to how powerful it is.” “We wanted to make it so that when you walk out on the platform, you feel fragile and tiny. It makes you look around and really experience how enormous and beautiful the place is,” he added.

Todd loves coming up there to see people’s reactions. “Usually I just hear ‘Holy shit!’ in about 15 different languages,” he said grinning.

Experience the Mountain Life at Hardangerfjord

Hardangerfjord has fertile soil that attracts fruit farmers for about 800 years. One of the prominent views is the classic mountain farms of Kjeåsen that sits on a 600-meter cliff.

There was a time when the fjords of Norway were filled with mountain farmlands where families are planting crops and raising sheep on small, steep plots.  Today, most of these farms are now abandoned. Some farmers have found a better life somewhere, but the pride in family’s traditions are still active.

Alvhilda Kjeaasen is an elderly woman who owns a farm that welcomes visitors who want to stop for waffles, hot coffee, and a friendly chat. She has a vast knowledge of the history of the area.

The azure waters of the fjord basin under the cliff end and running streams are lined with high, grass-filled mountain walls around waterfalls’ white layers. “I often have to call them back if they go the wrong way,” Kjeaasen says while watching some tourist. “There are some nasty places to fall down around here.”

Kjeaasen still recalls the history of her ancestors at the time when all their farm’s goods were carried on the family’s back as there is no track to the top of the cliff that is good enough to transport products using pulley or cart. From tools and food to animals, with calves and sheep hanging on shoulders and lugged 530 meters, climbing a cliffside path. Once these farmers had products to exchange, they would put everything in a boat, rowing to about 130 miles to the center of Bergen, and then row back to their farms.

Other Places to Enjoy

If you are looking for an authentic nature adventure, Norway, indeed, is one of the best places to visit. Take a tour at Oslo’s Viking Ship Museum and admire the awe-inspiring Viking ships that are older than a millennium. You can also spend some time in Bergen where you can learn their native ways of farming, and how it evolved since Vikings established the farmstead.

Hikers would love the trails at Geiranger, where beautiful lakes, fjords, and waterfalls, along with clean air and unspoiled environment await. Hike along the dramatic Trollstigen Mountain Road or visit the Herdalssetra Mountain Farm and have a close encounter with the goats, cows, and sheep, where the area’s confectionary and cheese come from.