Must Visit WWI Sites in France 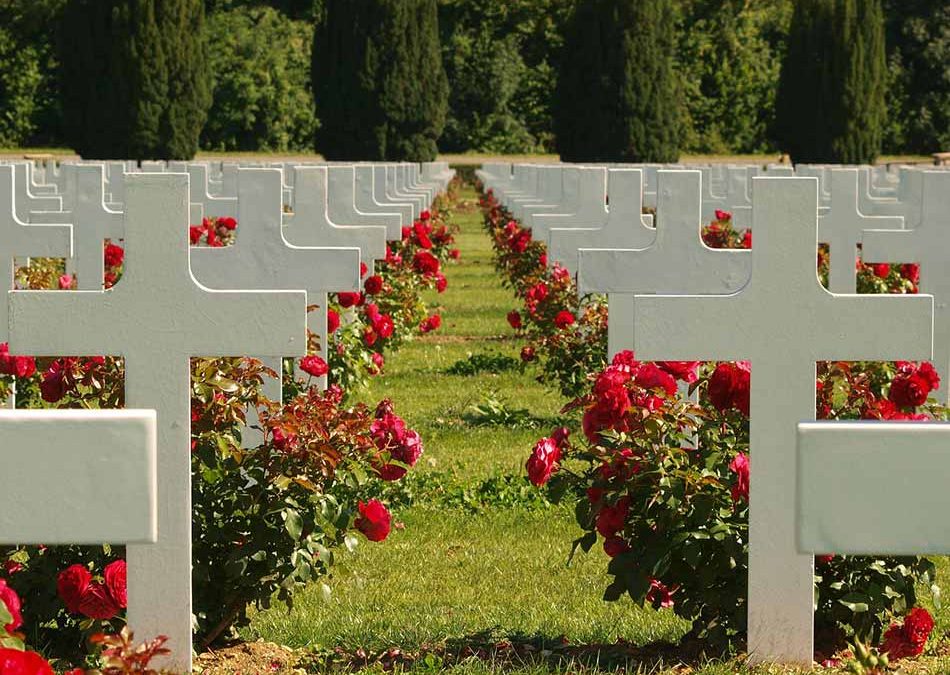 Just north of Amiens, the Western Front is a witness to the death of hundreds of thousands of men on both sides from 1914 to 1918. Visitors today now have the opportunity to visit these memorials that commemorate major battles which include the Battle of Verdun, and the Battle of the Somme to name just a few.

Located 160 km north of Paris is one of the most popular World War I memorials, the Thiepval. It is also the world’s largest British war memorial with a height of 45 meters. The Thiepval Memorial is a war memorial to the 73 thousand missing soldiers of the Somme whose names are engraved in stone pillars of the massive arch-shaped structure. A huge Commonwealth cemetery and a visitor’s center can also be found on the site.

This towering arch was designed by Edwin Lutyens, a colonial architect to mark the site where a German stronghold was stormed on July 1, 1916. In that same day, was the beginning of the Battle of the Somme and the British army’s bloodiest day as more than 40 thousand soldiers on their side had been injured, killed, or captured.

Near the Thiepval Wood stands the Ulster Memorial which is a replica of Helen’s Tower that can be found at Clanboye in County Down, a place where the Ulster Division has trained. It commemorates the five thousand Ulstermen who had also died in the Battle of Somme.

Two kilometers from the town of Villers-Brentonneux is the Australian National War Memorial. Every year on April 25 at 5:30 am, they hold the Anzac Day Dawn Service on this site. Designed also by the British architect Lutyens, this 32-meter high construction is one of Somme’s most impressive memorial. At the base of the monument etched are the names of the 10,982 soldiers from Australia. They also have a viewing platform that overlooks the expanse of Commonwealth graves.

The Australian Corps Memorial Park, located 7 kilometers northeast of town, stands on a hilltop marking the site for the Battle of Le Hamel on which Australian troops went into battle and won. Just 93 minutes into the combat, more than 1000 Australians and Americans were either killed or wounded.

With three curving walls covered with green granite, this memorial inaugurated in 2008 has a central slab which is decorated with a large bronze Rising Sun. It signifies the badge that is worn by the members of the Australian Imperial Force. Established in 2010, after the discovery of the mass graves of 250 Australian soldiers, is the Fromelles or Pheasant Wood Military Cemetery. It is situated 17 kilometers west of Lille.

Another touching site just off 2 kilometers northwest is the Australian Memorial Park. This site marks the place where Australian troops were killed on July 19 and 20, 1916. It was an offensive move meant to distract German forces from the Battle of the Somme, which was poorly planned and costed the lives of 1917 Australian soldiers.

The Vimy Ridge was the location for some of the bloodiest trench warfare during World War I. In almost two years of attacks, 66, 655 Canadians died, 3598 of which lost their lives in April 1917 during the taking of this heavily protected German position.

This haunting site, just 8 kilometers north of Arras, still has part of the crater-riddled battlefield perfectly preserved since the day it was discovered after all the struggle has ended. Same goes with the restored zigzag trench system which is both clearly visible on the site.

A white monument located in the plain of Artois can be seen from the edge of the ridge. At the base of this monument, you’ll find the names of the 11,285 Canadians whose bodies were never found. Free guided tours are available from the visitor center.

Nine kilometers north of Albert is another well-preserved site in the Western Front. The Beaumont Hamel Newfoundland Memorial is a spot where on July 1, 1916, an enormous attack almost wiped out the Royal Newfoundland Regiment. The site looks not far off as it was before with the only evidence of the passage of time are the grass that is now covering the network of trenches.

In the first two and a half years of World War I, the United States stayed neutral, until April 1917. It was when American merchant vessels traveling to the UK were targeted by German U-boats did the US proclaim war against Germany. Soon after during the month of October that year, infantry units from America are fighting in northern France. When the war ended, a total of 1.2 million American Expeditionary members were posted in French soil.

Traveling 11 kilometers south of the Meuse-Argonne cemetery, you’ll find the Montfaucon American Monument. It is a construction with an enormous Roman column that towers over what is left of a French village that was destroyed in the war.

In September 1918, 7000 US servicemen were either killed or injured in the Battle of St-Mihiel. The site, 45 kilometers southeast of Verdun is now marked by the St-Mihiel American Cemetery. At the Butte de Montsec, 15 kilometers southwest of the cemetery, a classic circular white limestone colonnade was built on top of a tall hill to memorialize the battle.

Between the year 1914 to 1918, over 1.3 million French soldiers died. This incredible loss of lives is now memorialized, 260 kilometers northeast of Paris, in the hills that surround the Lorraine city of Verdun. The German attempt to take Verdun lasted for 300 days. From February to December in 1916, an estimated 26 million artillery shells have been fired. Over 360 thousand soldiers were killed on the French side and 340 thousand on the German side.

Perhaps the most earnest French memorial of the World War I is the Ossuaire de Douaumont. It is the final resting site for the 130 thousand French and German soldiers who remained unidentified as their bodies were discovered disarrayed after the fight.

The remains were reinterred to 52 mass graves, to each signifying the sectors of the battleground. A 46-meter high bell tower now dominates the site. Next to it is a French military cemetery, home to more than 16 thousand gravestones.

A huge German artillery assault managed to wipe out two companies of the French infantry, burying them alive. Two years had already passed before their bodies were found. It was the hundreds of bayonets that were seen sticking out from the ground that captured someone’s attention. At the memorial of the Tranchée des Baïonnettes or Bayonetta Trench, the site was left as was when it was discovered.

In 1916, the village of Fleury was entirely destroyed during the battle. Until 2015, the Mémorial de Verdun, located in the midst of the ruins, was undergoing a full renovation.