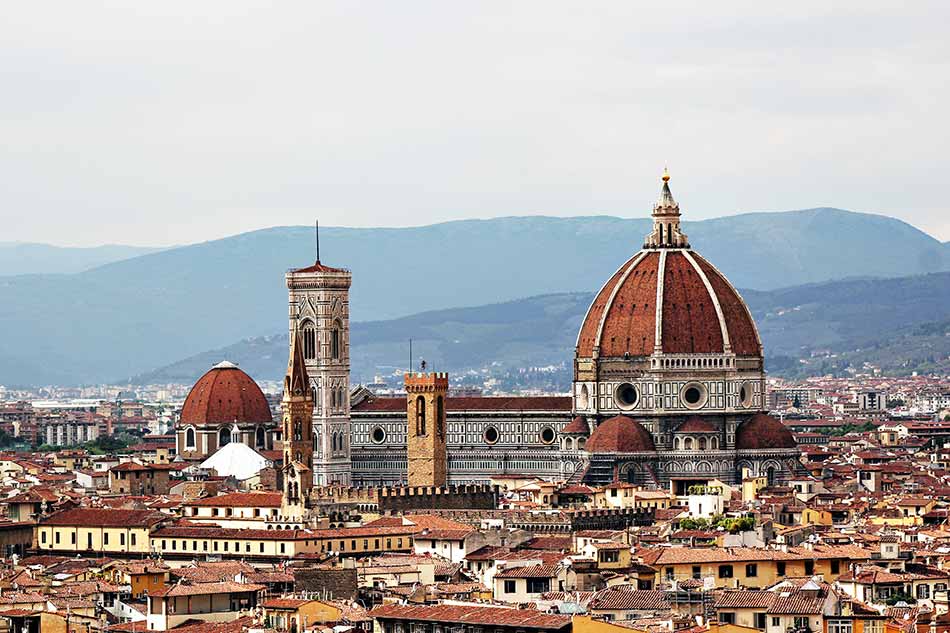 Italy is an excellent place to explore by train. What comes with it are some of the most beautiful sceneries you will ever see, while riding some of the fastest trains in Europe. While Italy is definitely known for its luxury sports cars that come with the most challenging driving conditions, Italy offers comfort and scenic views that comes with their economic and efficient trains. Not just that but through the train rides, you are given a peek of the daily lives led by the Italians.

By carefully planning a route and matching it with your flexible schedule, an itinerary can be made that will make your journey as great as your actual destination is.

Italy’s high-velocity trains reach up to 300km/h on their peak traveling speed. This type of train is called a Frecciarossa 100 and is even faster than the Ferraris that we have come to know. Frecciarossas connect different Italian cities like Milan, Venice, and Turin up north, and in the south via Florence and Bologna to Salerno, Rome, and Naples.

According to their rules, the fastest trip from Rome to Naples takes a little more than one hour, a Rome to Florence trip would need around 90 minutes, and a Rome to Venice train would have a travel time of 3 hours and 40 minutes. The Rome-Venice trip can still be considered quite fast because the same route would take you five hours to accomplish using a private car. The stations usually offer around two train trips per hour on these routes and many others.

Aside from being faster than the world famous Italian brand, Ferrari, these trains also offer comfort using their leather seats. If you opt to travel in the business class, you can get a free serving of prosecco, on the house, and a five-star dining car in which there is a change of view every few seconds or so.

Because the Frecciarossa trains are traveling extremely fast, all you might be able to see on its windows are blurred views rather than serene meadows. If you are seeking for a train journey with the most spectacular views, you might have to look out for private lines and ditch any rush in your schedule.

The Centovalli, translated as “100 valleys”, has a line starting in Domodossola, Piedmont that travels along 83 bridges. The two-hour train ride features magnificent alpine splendor that ends in Locarno, Switzerland.

Another slow train for you to appreciate the view is the Trenino Verde from Sardinia, which was renovated back in the 90s. The Trenino Verde travels to Sardinia’s furthest enclaves and runs along a narrow track. The train is only offered during the summer and hosts four trips for tourists all over the world.

Just as beautiful is the train coursing through Catania, Sicily called the Ferrovia Circumetnea. This train is so small that it looks like a trolley rather than a train. Its route includes circling Mt. Etna and crossing through lava flows and lemon groves. The train also stops by remote stations during the duration of the trip.

It is also best to use rail to visit some of the most popular and scenic Italian destinations. One of these is the Cinque Terre. There are cheap trains available that connect picturesque views of five villages at the top of the cliffs. These trains also pass through many tunnels in between cliffs while providing breathtaking ocean views. Another train, the Circumvesuviana, connects the Italian city of Naples and Sorrento while passing through the historical sites of Pompeii and Herculaneum. The track also gives you a peek of the Neapolitan Bay and Mt. Vesuvius, the same volcano that buried the city of Pompeii.

Crossing international borders can also be possible in the Italian train journeys up north.  The route linking Munich and Venice is called the Brenner Pass, which travels along the Alps. This route is considered as “the finest train ride in Europe.” There are also overnight trains available, like the Euronight which travels between Vienna and Rome. Euronight offers trains that have two-bed sleepers starting from €100.

If you have as much as £2000 to spend freely, you can ride the Venice Simplon Orient Express that travels from Paris or London to La Serenissima. The luxury train slash hotel can give you the same romantic feels like that in a Graham Greene or Agatha Christie novel. You can catch the trip that runs around once in a week from March through November.

The newly restored Porta Susa in Turin is a terminal station used by French TGV trains. These trains provide quick routes to Paris and Lyon. Thello in Milan also offers overnight trains and daytime coastal trips to Paris, Marseilles, and Nice. By traveling using both the TGVs and Eurostar trains, you can move through London and Milan in a day with only a low price of €65. The alpine scenery on the way is a bonus.

Trenitalia, the state-owned subsidiary, governs over a network of train lines that goes through all the twenty Italian regions.

Aside from the Trenitalia, the Frecciargento tilting trains operated by Frecciarossa run through Venice and Rome up to 250 km/h. Slightly slower trains are the Intercity trains and the Frecciabianca, which still has faster speed than ordinary driving cars, especially with the time you can waste during parking and traffic.

If you are on tight budget and speed is not really your concern, you can opt to travel using the regionale trains. This train will take you to smaller villages and towns at a lower price. Regionales also stop at numerous stations. Although it is not in the best condition compared to other trains, it will take you to more places with your tight vacation money.

The NTV-operated Italo trains also offer lunch boxes from Eataly, a high-class food market, and free wifi while taking you to your destination at a high velocity. Much like the Frecciarossa, Italo trains connect Naples and Salerno to the northern parts of Italy like Turin, Venice, and Milan via Florence, Bologna, and Rome.

InterRail and Eurail are trains that will not be great for your budget since you will have to pay the reservation fees that amount to €10. The best step you can do is to buy different tickets for all your destinations. That way, you will have to spend less on your travels.

High-speed trains have seat reservations that come with the tickets so you must purchase it before getting on the vehicle. You can reserve tickets in person using the multi-lingual booths found in stations or online using your personal computer.

To make your ticket valid, you should “time-stamp” them before going side the train. Ticket inspectors roaming the area can ask people who are traveling with unvalidated tickets to pay a fine as much as €50. On the other hand, high-speed trains won’t have to be validated since they are only used for specific services.

Stazione Termini, a small city, clad with restaurants, bars, and bookshops, is the start of the Italian train station scale where most trains converge. Most towns have central stations that have a bar which can sell you a panini and a coffee, along with slightly decent toilets you can use.

Stations found in large cities such as Florence, Naples, and Milan are usually within a kilometer from the center of the town. However, you must be careful since there are cities that house more than one station. Turin, for example, has Porta Nuova and Porta Susa. Rome houses four, with Termini as its central terminal.

According to urban legends, Mussolini made the Italian trains punctual. However, some sources credit Il Dulce for eliminating delay in the railway. Whichever is true; you can count on the punctuality of the Italian trains since they usually suffer fewer delays than cars or planes.