Take in the Oregon Coast 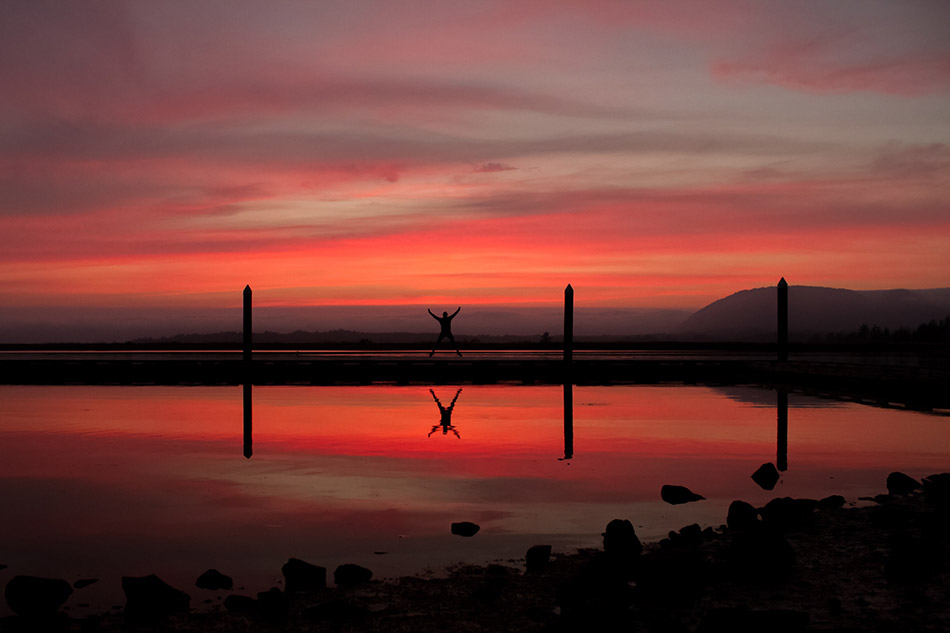 Nothing could be more worthwhile for travelers and nature enthusiasts than Oregon. Everything about this American state is lovely and scenic. Oregon is located right beside the Pacific Ocean which naturally brings out the colorful personality of the landscape. The magnificence of its coastlines and beaches may make you feel like reliving a beautiful memory. The ambiance of the various terrains, mountains, forests, peaks, and gardens gives both wanderers and locals one of the most unforgettable and sincere experiences. If you are on an adventure to witness interconnectedness in the great outdoors, then Oregon is your next destination.

Be overwhelmed with the massive waves that slam onshore and feel the sandy beaches beneath your feet. Oregon’s Ecola State Park has several pathways that lead to the seacoast. You should head down at Ecola point to see Cannon Beach, or you could also walk along the Oregon Coast Trail if you don’t want to miss seeing anything from the coastline. The best place to dine near the Pacific is at Pelican Pub and Brewery which is located in Three Capes Scenic Drive. If you are traveling with kids or you’re a kid at heart, then visit Oregon Coast Aquarium where you would see marine animals including sea otters and a giant octopus. For those astonishing rock formations, check out Yachats. You should also take a peek at Bandon and Port Orford to complete your coastline experience in Oregon.

If you never heard of the Columbia River Gorge, then include it in your itinerary at once. This gorge was formed thousands of years ago by the Missoula Floods and dawned what has become the Multnomah Falls. Apart from being Oregon’s most visited tourist attraction, the gorge has other interesting places including Vista House, Hood River, and Mt. Hood. There are many activities in store for visitors such as hiking camping, skiing, kiteboarding, and windsurfing. For the last two activities, you could taste the thrill of these extreme sports in the Town of Hood River. The strong winds and powerful water currents make Hood River a popular location for athletes and wind sport enthusiasts. It also has commercial areas for shopping and dining.

Oregon has a predominantly active way of living and doing things.  Bend is a city in Oregon where people exhaust their time and energy with the outdoors and natural surroundings. Hiking, skiing, mountain biking, fishing, rock climbing, mountaineering, and kayaking may be everyday activities to someone’s routine in Bend. The weather is usually sunny, so outdoor activities that seem to be hobbies turn out to be daily exercises.

Newberry National Volcanic Monument is a cinder cone which erupted several thousands of years ago and illustrated the aftermath of its eruption which is seen in places including Lava Lands, Lava Butte, Lava River Cave, Lava Cast Forest, Pauline Falls, Big Obsidian Flow, and Newberry Caldera. Lava Lands is made up of lava rocks that resulted from the explosion of volcanic substances and changed the look of the surrounding landscape. Lava Butte offers you a panoramic view of the whole monument and the North Cascades which include the Three Sisters, Mt. Bachelor, and Broken Top. Molten lava created underground caves and leftovers of burnt trees and molten lakes. Newberry Caldera is a “mini-crater lake” which collects water from the Pauline Falls and is “geothermally active.”

Oregon’s Deepest Lake in a Crater

Crater Lake National Park could be the most breathtaking attractions in Oregon. It is known as the deepest lake in the U.S. at 1,943 feet deep, and the clear water from rain and melted snow has brilliant shades of blue the deeper it goes. Surrounding Crater Lake are Rim Village and Mazama Village. In the middle of the lake is Wizard Island which accessible with a boat ride across the water. Other places to visit in the National Park are Watchman Peak, where notable fireplace lays, Rim Drive, for taking beautiful pictures of the lake, and Crater Lake Lodge. Outdoor activities usually involve cycling and hiking.

Oregon is known for its array of fossils and fossil landscapes, and you can find these at John Day Fossil Beds National Monument. Places to visit in the area include Thomas Condon Paleontology Center, Sheep Rock Unit, Painted Hills Unit, and Clarno Unit. Thomas Condon Paleontology Center has a collection of fossils that were discovered throughout the decades since the 19th century. It also has a paleontology laboratory where scientists in the field can conduct studies on fossils and resources found at John Day. Over at Sheep Rock Unit are eroded areas where plant and dinosaur fossils were found. There are designated hiking and picnic areas in this unit as well. Layers of fossil soil are found at Painted Hills Unit which streaks colors of red, orange, yellow, brown, and beige. Lastly, the Clarno Unit has fossilized prehistoric animals and plants that are found along walls and rocks. It’s an exciting place to build that sense of connection and understanding with the past.

Would you have guessed that Oregon is one of the largest wine producers in the U.S.? Yes, most of America’s wines come from Oregon. Many of its wines are made from pinot noir, pinot gris, chardonnay, and reisling, and wineries to visit include Argyle, Eyrie, Domain Drouhin, Willakenzie, Archery Summit, Sokol Blosser, and Willamette Valley. Argyle is specifically known for its sparkling wine, while Eyrie is known for the best pinot gris. Indulge your taste buds with the freshness of Oregon’s locally-made wines and savor the warmth from every sip.

Oregon has many more to it than you could not cover in just one day including Alvord Dessert and Steen Mountain. Nonetheless, everything about Oregon fantastic and refreshing.  Because of how pure and holistic the shores, the mountains, the lakes, and the people are, Oregon is a place that’s difficult to leave out in your travel adventures.