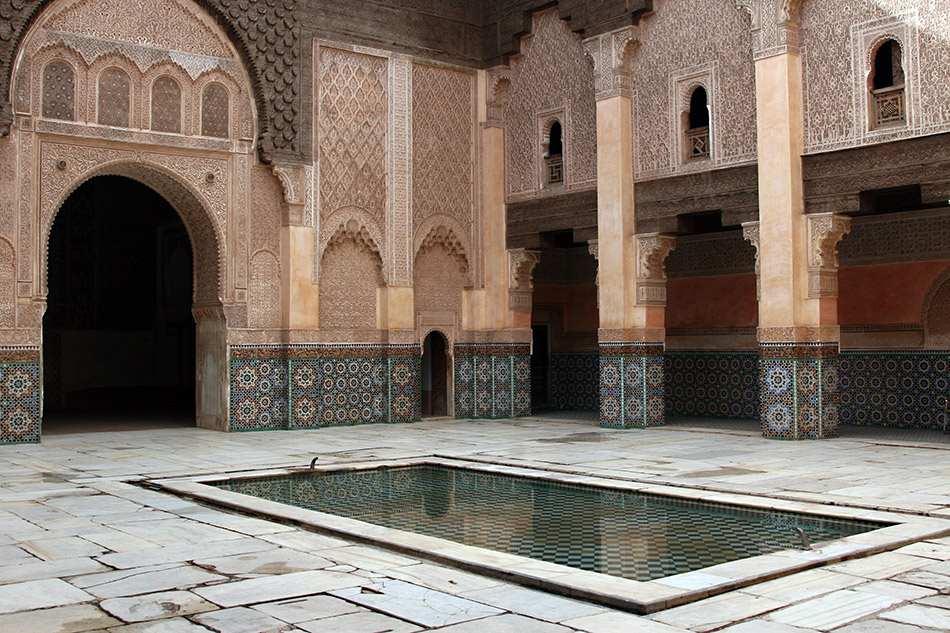 Thinking about visiting Moroccoo? Add the world’s oldest library to your itinerary!

Qarawiyyin Library, the world’s oldest library, welcomes all visitors across the globe. It is offering an exhibition of rare books and amazing old Islamic architecture.

Fatima al-Fihri founded the old library and the Qarawiyyin University in Fez in 859, after receiving an inheritance from her father, who is a wealthy businessman. The library holds prized relics along with the 4,000 rare manuscript and books, which includes ninth-century  Qur’an that is written on a camel skin in Kufic script. The library also has the original copy of Ibn Khaldun’s “Muqaddimah,” which is the most important history of the premodern world.

The multi-million restoration started in 2013 was led by Aziza Chaouni, an architect and a native of Fez.  Along with a group of engineers and craftsmen, they have carefully studied the building’s structural integrity and restored it to its original state. They have even reinstalled the landmark’s fountains.

Chaouni also built an underground canal to divert the river running underneath the library’s floor. They have fixed a blocked drainage system, exposed electrical wirings, broken tiles, and tons of other structural issues. The library was also equipped with air conditioning, solar panels, and a laboratory to preserve and digitize the oldest documents.

It was finished after three years and opened for public in late 2016.