Go Off the Beaten Path in Italy 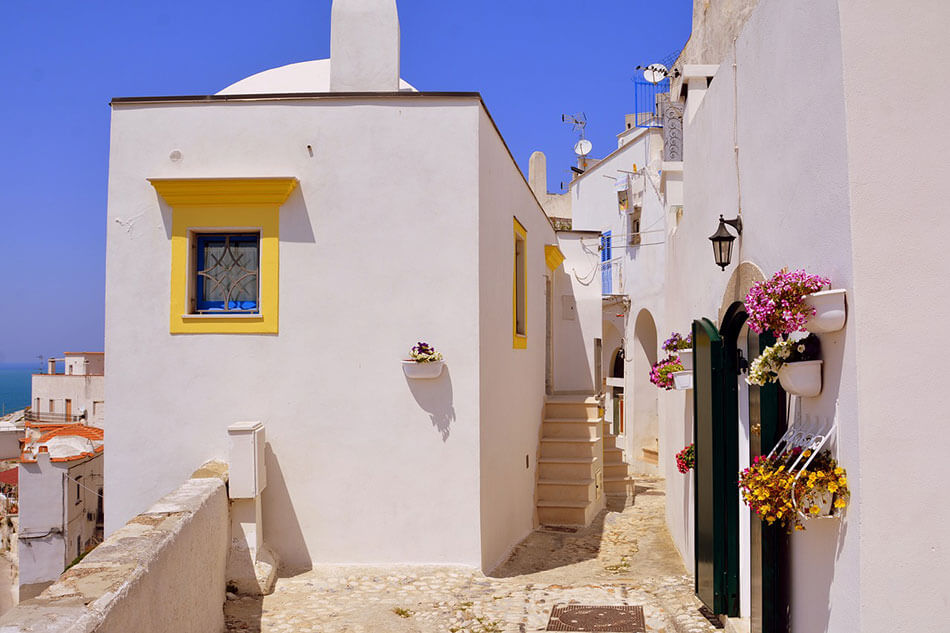 Rome is one of the most visited cities in Italy. It is where you will find many well-preserved historical monuments, buildings, plazas. It is also where you will find millions of tourists. There are still many other exciting places to visit throughout Italy that can give you a look at the dynamic culture in this beautiful country.

Matera is a city in southern Italy which is situated in a rocky region of Basilicata. The town includes the Sassi area, a place where you can find cave dwellings carved in the mountainside. Due to impoverished living conditions, the area was abandoned in 1952. Today, Sassi is now home Casa Grotta di Vico Solitario Museum.

Matera was named this year’s European Capital of Culture by the European Commission. It also earned a place on multiple travel lists in 2019 and was listed as one of “50 Best Places to Travel in 2019,” by Travel and Leisure; “Best Trips 2019” by National Geographic; and “Top 20 Places to Travel in 2019,” by Architectural Digest. The city is also home to the Sassi and the Park of the Rupestrian Churches, which was named a World Heritage site in 1993 by UNESCO.

A volcanic island in the Gulf of Naples, Italy, Ischia. This island features stunning beaches that attract people who want to enjoy sun-bathing and sightseeing at the Aragonese Castle and other historical sites. But if you want to find spectacular view, Mount Epomeo will give you a vista of the entire island.

Ischia is also known for its mineral-rich waters. In the south of Maronti Beach, you will find a bubbling hot spring. The 18th-century Palazzo dell’Orologio located nearby is home to the Sea Museum that’s devoted to the fishing tradition in Ischia.

Piedmont is a region in Italy bordering France and Switzerland and located at the foot of the Alps. You can find the Mole Antonelliana landmark building in Turin, that ranked top on the list this year of Lonely Planet’s “Top Regions.” It also named Piedmont, the number 1 region to visit in 2019. The region’s capital Turin is home to the former Lingotto Fiat factory and the National Automobile Museum which is devoted to the main industry of Turin.

Puglia is a region in Italy where you can find the city of Lecce, a favorite tourist spot, which is also called “Florence of the South.” A southern region of Italy, Puglia is known for its whitewashed towns, Mediterranean coastline with hundreds of kilometers, and with centuries-old farmland. It is listed in Fodor’s “Go List 2019” and New York Times’ “52 Places to go in 2019.” The “Trulli,” Alberobello’s limestone homes, is one of several spots in Italy that earned a place on UNESCO’s World Heritage List.

Emilia-Romagna is a region in northern Italy where its capital is Bologna. Vogue also called the place for the “ultimate Italian foodie tour.” This region is included in the New York Times’ “52 Places to Go” list for 2018. A few of the cities of the region are included in Mic and Forbes 2019 travel recommendations. The region is known for its ancient cities, seaside resorts, and rich gastronomy. Lonely Planet called the region, the country’s “gastronomic paradise,” and the vibrant Bologna is where you can find the 11th-century university.

Palermo is the capital of Sicily where you can Piazza Pretoria that features gorgeous fountain and many statues. The city of Palermo is included in Condé Nast Traveler’s list of “The 19 Best Places to Go in 2019.” Tourists’ visit to Sicily is not complete without seeing Cathedral of Palermo which is home to royal tombs, the Palatine Chapel and the Norman Palace. If you’re looking for a great view, Mount Pellegrino offers a spectacular view of the city.

If Italy is on the list of your European tour this 2019, don’t miss to visit these beautiful destinations across the country.