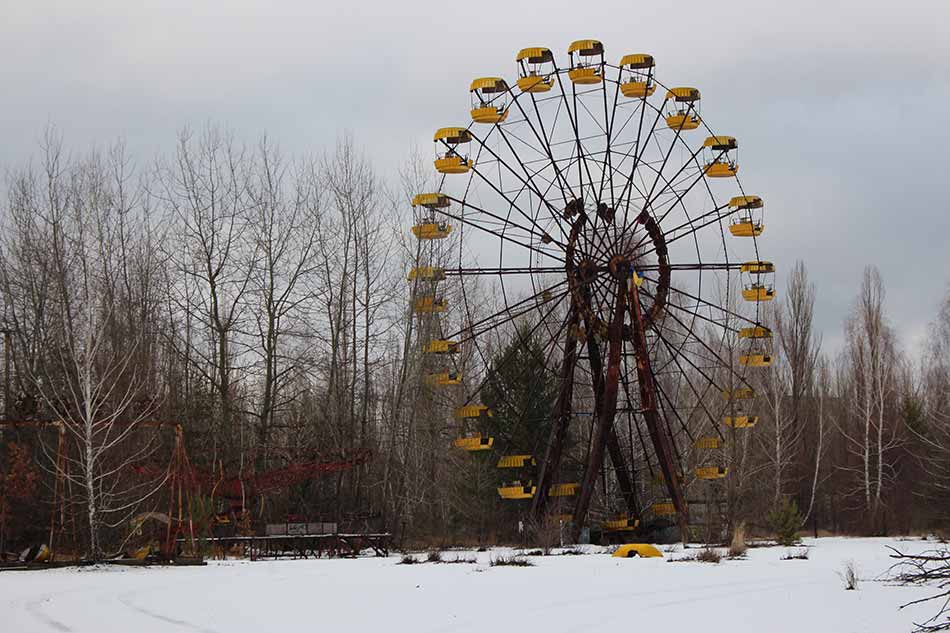 Kiev is currently witnessing its tourism flourish thanks to the popular TV show “Chernobyl.” It is a  dramatized miniseries by HBO about the 1986 nuclear plant disaster and the cleanup efforts that took place right after the explosion. Tourists are now flocking to Kiev to get the sight of the actual Chernobyl.

Since the nuclear accident, the Ukrainian city has been an abandoned area for over 30 years. However, Chernobyl became a busy site following the television show’s appeal to tourists increased. The tourism and promotion board of Kiev now expects over 100,000 tourists from all over the world in 2019, which is significantly higher than the 70,000 last year.

Sergii Ivanchuk, the owner of the Chernobyl travel guide company SoloEast, reveals that the reservations and inquiries for the guided tours rose to over 40% for July and August of 2019 compared to the previous year. There are also 500 more clients this May than last year for the SoloEast company.

The leading tourist guide company in the city, chernobylwel.com, also witnessed a significant increase in their clientele since the airing of the “Chernobyl” drama series. Chernobylwel.com’s marketing manager Michal Krajcir shares that HBO did an excellent job in marketing for the exclusion zone of Chernobyl. Because of the show, Krajcir states that many people are starting to take an interest in the abandoned city. Krajcir believes that when people already have the proper knowledge about the city, they will start planning their trip.

The flights to Kiev also witnessed a massive surge because of “Chernobyl.” Kayak, a travel site, noticed an 18% increase in flight search demands to Kiev, which is where tourists fly to get to Chernobyl. Travel app Hopper witnessed an 8% rise as well. Hopper consumer travel expert Liana Corwin states that more people are interested in visiting because of the impact that comes with pop culture.

Although she is sure that there is no exact data that can prove the cause for travel, Corwin believes that pop culture’s ability to drive conversation and interaction among people, as well as inspiration, is affecting tourism. Corwin also adds that pop culture can lead to a visit to another country that was not even included in other people’s plans otherwise.

Hopper likened pop culture’s impact on Chernobyl to Puerto Rico when the release of the song “Despacito” took over the music charts. Puerto Rican singers Daddy Yankee and Luis Fonsi created the song with international artist, Justin Bieber. Following the release of the song, Corwin discovered that flight searches for Puerto Rico jumped to 58%. Corwin also believed that more people went to the United Kingdom after the 2018 royal wedding of Hollywood actress Meghan Markle to Prince Harry.

However, it is essential for tourists to remember that Chernobyl has a history of devastating tragedy that continues to resonate until today. For the first four months following the nuclear accident, 28 workers died and 106 more suffered from acute radiation sickness. According to the Nuclear Regulatory Commission of the US, two workers were also killed due to non-radiological effects while over 200,000 gained a dose of 1 to 100 rem, which is dangerously above the 0.6 rem average that US citizens have.

Craig Mazin, the creator of the television show, posted on social media that Chernobyl tourists going to the Zone of Exclusion must be respectful to those who sacrificed and suffered during the horrific tragedy.

Amid the discussion over whether it is inappropriate to pose for pictures at the site, SoloEast’s Ivanchuk does not want the sudden popularity of Chernobyl to transition into the commercialization of the Zone of Exclusion. Invachuk believes that the selling of radiation-themed souvenirs at the exclusion area is an immoral and self-serving action that does not respect the survivors and those who visit the zone to grieve their fallen relatives or return to the house they had to abandon.

Krajcir also wishes that the increase in tourist arrivals will not lead to changes in Chernobyl. Krajcir says that tourists will get to observe and take in the atmosphere but must not damage the area for other visitors who also want to learn more about the disaster and the tragedies that followed.

Kiev Tourism and Promotion Board Head Anton Taranenko states that radiation is no longer a threat for people visiting or living in Chernobyl. Ivanchuk, however, says that tourists need to undergo general safety precautions when they are making their way through the site.